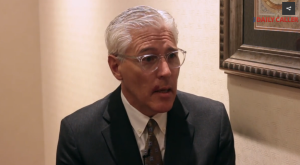 The Conservative Political Action Conference (CPAC)  has never been known as a venue for self-help seminars, but in 2016 it happened. A session called Campus Crackdown focused on practical steps that conservative students could take to counter the growing epidemic of protests known as the “snowflake rebellion.” Launched by these students’ anxiety-ridden counterparts, posing as fragile little snowflakes unable to cope with the mere idea of viewing unsavory Halloween costumes, the movement that has been successfully covered up by politically correct campus administrators, was exposed as another left wing attempt to censor free speech.

Princeton University senior and panelist Josh Zuckerman described the “snowflakes’” true agenda in no uncertain terms: “Hey, I have a victim complex, I’m offended, you offend me, your ideas offend me, you need to be re-educated and your ideas need to get off my campus.”

Meanwhile, panelists such as author and radio host Charles Sykes; Karin Agness, founder of the Network of Enlightened Women (NeW), and Everett Piper, president of Oklahoma Wesleyan University, suggested that the best way for students to confront this situation was to stand up and make their voices heard by starting or joining a like-minded organization, and writing letters to the editor. Dr. Piper’s viral op-ed “This is not a day care, it’s a university!” was mentioned as a textbook example ofhow to confront this issue.

Josh Zuckerman noted that the Princeton student snowflake movement actually had a plus side. Amid their demands that the school require teacher sensitivity training and classes on “marginalized peoples,” he and “some like-minded dissenting students” were inspired to launch the Princeton Open Campus Coalition (POCC – a pro-free speech group, which believes that everyone on campus has the right to advance their beliefs in a manner that’s free from intimidation and free from university orthodoxies.)

The panel ended with Zuckerman’s advice to students that rather than wasting time on ad hominem attacks, the only way to win the battle against the politically correct culture on college campuses is to stand up and fight it with reason and knowledge.