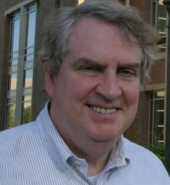 Marquette University yesterday announced the punishment of John McAdams for his crime of publicly criticizing a graduate student teacher’s pedagogy on his blog: He will be suspended (and banned) from campus until January 2017 (without pay but with benefits), and apparently will be forced to apologize for his actions as a condition of reinstatement.

According to President Michael Lovell, the university is following the unanimous recommendation of a seven-member faculty committee, whose 123-page report and precise recommendations have not been publicly disclosed.

McAdams promises to fight the penalty, and claims that the requirement for a letter of apology by April 4 does not appear in the faculty recommendations.

The AAUP wrote Marquette more than a year ago to protest the arbitrary suspension of McAdams, and I have previously written about the McAdams case, as did Daniel Maguire, and Martin Kich (twice), and the debate also led some to defend a penalty for McAdams.

Let me summarize: John McAdams is being punished because a lot of assholes read his right-wing blog, and some of those assholes responded to his post attacking graduate student Cheryl Abbate by making horrible threats that she felt forced her to leave the institution. It is difficult to imagine McAdams being suspended and banned from campus for his blog if Abbate had not been threatened. That explains, but it does not justify, the punishment of McAdams. What happened to Abbate was a terrible injustice. But no one is legally responsible for the actions of those who read our opinions. Publicizing something (such as a teacher’s pedagogy) is not an academic crime.

I disagree with McAdams’ virulent right-wing opinions. That does not matter.

I disagree with McAdams’ belief that Abbate was acting unprofessionally in her teaching and violating the rights of her students by failing to have a discussion on gay marriage at the time that a student wanted to speak. That does not matter.

I worry that the faculty committee’s decision, even if they were under strong pressure from the administration to punish an unpopular professor, and even if they were trying to forge a compromise to save McAdams’ job and avoid the worst attacks on academic freedom, will be taken as authoritative.

The fact is, academic freedom is not merely the power of the faculty to do whatever it wants to other professors without the interference of the administration. It is the freedom of the individual. The faculty are the group best empowered to make the necessary judgments on faculty abilities and misconduct. But if campus liberty is our religion, then academic freedom is what we worship, not collective faculty judgment. They are the priests, not the gods, and sometimes the priests are wrong.

While the question of whether McAdams deserves some penalty for his blog may have more defenders, I see very little evidence that can justify any formal penalty against McAdams. Even though Abbate was not a student of McAdams or even in his department, some have argued that professors have an obligation not to publicly criticize any student. Such a position is untenable: Should a professor be suspended or fired for publicly denouncing a rape or a hate crime on campus, if the accused is a student?

The correct response to McAdams is for the faculty and the administration to speak out against him, to defend Abbate, and to demand prosecution of those who committed a crime against Abbate by threatening her.

Forced apologies are not an appropriate tool of punishment. They are the tactics of Maoist China, not of a free university. (I am not saying that Marquette is as repressive as Maoist China; I am saying that they are adopting a terrible tactic of a repressive regime.) The reason is that forced apologies deal with attitudes rather than actions; compelled speech is never an appropriate punishment at a university. And a forced apology represents an ongoing violation of academic freedom, because presumably McAdams will be forced to repeat his apology and never retract it, or else he will face additional penalties.

McAdams says that he will not submit, and he should not. As a result, the injustice at Marquette will continue. I hope there will be a campus discussion at Marquette about these academic freedom issues, even if McAdams is still banned from participating in it.