“Sex, Lies &Women’s Studies,” an alternative resource for female college students, documents the proud tradition, views and heroism of conservative feminists.  Its topics range from feminism, pay equality, healthcare freedom, the so-called “War on Women,” history of women’s studies and lack of intellectual diversity on campus, and how to get involved in politics. 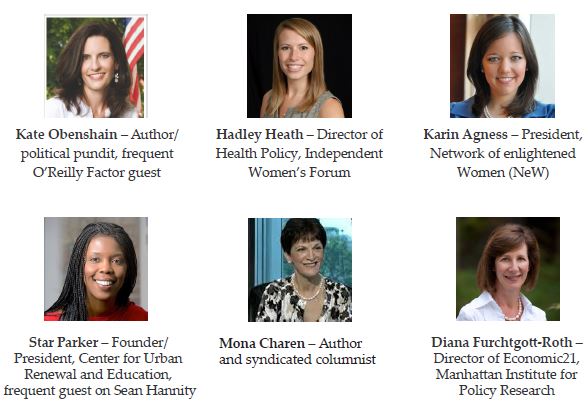 “We’ve been covering women’s studies for decades.  AIA decided it was about time to tell the other side of this story,” said Malcolm Kline, Executive Director of Accuracy in Academia.  “We’re proud of our faculty of successful female leaders and scholars who participated in order to correct the historical record about feminism and current women’s studies programs.”

The course will be offered for free at www.conservativeuniversity.org, starting Friday, June 20, 2014.  The individual classes will be released on a rolling weekly basis for the next six weeks.  In addition to AIA, the “Sex, Lies & Women’s Studies” course is also being sponsored by the Independent Women’s Forum and Network of enlightened Women.

Accuracy in Academia is a non-profit educational organization dedicated to returning higher education to its original mission: the search for truth.