In a recent poll of college students, a significant number of students voted for Barack Obama as the “best U.S. President in history.” The poll was conducted by College Pulse. 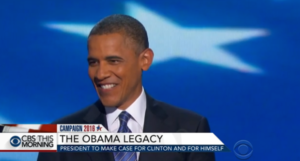 The poll received 8,111 responses from students nationwide and separated respondents by categories such as gender (male, female, non-binary), political affiliation, and other similar categories. Non-binary means that the respondent does not have a declared gender, or that the person is gender-neutral.

But the gender breakdown is striking among those who voted for these former presidents. Among males, Obama fell to fourth place with 12% behind Abraham Lincoln (16%), FDR (15%), and George Washington (13%). Female students overwhelmingly favored Obama at 32% and 35% of non-binary students voted for Obama.

Th results of this poll, like many other polls on historical figures, displays the importance of recency bias, since the most recent president is front-and-center in the poll respondents’ minds. Yet, it provides insight on the perceptions of college students in America and who they gauge is the “best” president in U.S. history.