Home Perspectives Recruiting Americans Back to Christianity and Conservatism 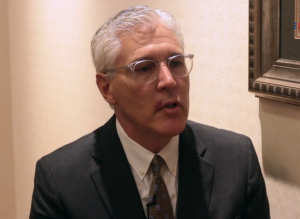 This oft-posed question, of how can conservatives and Christians recruit young Americans to their cause, was also asked of Dr. Everett Piper, the president of Oklahoma Wesleyan University. Ginni Thomas of The Daily Caller recently interviewed Dr. Piper on a variety of topics.

When asked about recruiting Americans to conservatism, Dr. Piper responded, “Let’s go back to the classical liberal arts model: Veritas.” He cited Oxford University, “To this day, Oxford has one word on its shield: Veritas, Latin for truth.” Piper continued, “The British academy, the liberal arts academy, some one thousand years ago, was founded for one thing: to liberate us, to educate for liberty.” This “classical liberalism,” he said, “was…to educate a free man, and a free woman, and a free culture, and a free society.” Piper believed, “Those are winning arguments: freedom.”

“And I think,” Piper said, “That’s the beauty of classical liberalism, which ironically today is conservatism.” He averred, “As a conservative, I’m more classically liberal than my left-of-center counterpart because I believe there’s an answer at the end of the day and that answer is grounded in truth and freedom.”

“Human beings want to be free,” added Piper, “They don’t want to be enslaved [because] opinions enslave [and] truth sets us free.” He continued:

“I think we can enter the market square of ideas like Chuck Colson and others called us to do, and recover the high ground of freedom and justice and liberty and liberation through that classical liberal argument which is really the conservation of God’s time-tested truths for the context of our freedom.”

Piper reiterated how Oklahoma Wesleyan University is fighting for these very ideas, “Go to Oklahoma Wesleyan University…We have the Keating Center for Capitalism, Free Enterprise and Constitutional Liberty, where we make ongoing arguments for those positive things.” Piper said, “We have the Josh McDowell Institute for Christian Thought and Apologetics, where we engage through the ideas of the Bible, the Judeo-Christian ethic as being the best, most freeing and liberating idea and culture.” He also recommended “reading Robbie Zacharias, or Os Guinness, excellent authors on a time for truth and the importance of truth in a culture in terms of redeeming it and salting it with freedom.”

He added, “I think the stakes in the immediate future is we lose freedom. Again, I’m an optimist, l believe, at the end of the day, that truth will prevail and truth will win.” Piper said, “What my role is within the midst of that battle today until tomorrow, I don’t know, for sure, but what I do know is that I’m called to engage culture.” He believed, “I’m called to be salt. I’m called to be light and I’m not going to back down, I’m going to do so.”

“It’s my obligation as an academic,” Piper said, “It’s my obligation as someone who leads in the intellectual exercise of culture.” He saw it as an “obligation as a conservative, conserving those truths and those time-tested verities that we should hold onto, veritas, and it’s my obligation as a believer in Jesus Christ to engage, to confront, to challenge and not coddle culture so that it feels comfortable.” Piper said, “Sometimes, cognitive dissonance is good because it creates tension and growth, and the irony today is I’m counter-culture, I’m the counter-culturalist, because I’m saying, no, this is harmful, let’s think of a better way and a better idea.” He asked, “And why wouldn’t you do that if you really believe in tolerance? If you really want to engage, if you want a robust argument and exchange of ideas, let’s be tolerant and do so and let truth win.” He admitted, “It is a time of turmoil,” but he believed, “that truth prevails…you shall know the truth and the truth shall set you free.”

Piper averred, “The spiritual dyslexia of our time, where we reverse definitions and turn truth on its head and we make truth a lie and lie a truth, darkness light, light dark, bittersweet and sweet, bitter.” He said, “When we do those things, our culture is bound to suffer.” He concluded:

“Because we have that rational capacity, that imprint of God on our soul, on our heart and on our mind, we have the ability to redeem, recover, restore and revive culture for the good and that’s the call of Christ upon the church and it is the church’s obligation within culture to salt it for success and revival and I believe that can happen in the midst of this mess.”