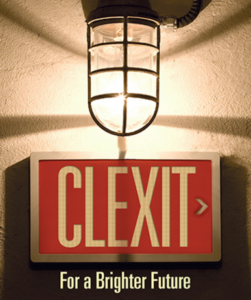 The United States is entangled in expensive, and ultimately, useless and inefficient United Nations climate change treaties, wrote author Donn Dears. Dears, a former General Electric (GE) executive, wrote a book which is being promoted by the Heartland Institute entitled, “Clexit: For a Brighter Future; The Case for Withdrawing from United Nations’ Climate Treaties.”

In it, Dears makes a case for American withdrawal from United Nations climate change treaties and meetings. First, Dears found that the meetings are expensive to hold and involve a significant amount of dialogue that does little to resolve the problem. Second, United Nations treaties and meetings avoid tackling the alleged root of climate change: CO2 (i.e. carbon) emissions in the earth’s atmosphere. Instead, the United Nations allows developing economies such as China and India to emit significant amount of carbon emissions without repercussions, while limiting the West’s (i.e. United States and its traditional allies) emissions. Third, Dears pointed out that instead of spending money on meetings and treaties, the world should focus on adjusting and adapting to climate change, if it is as catastrophic as it is believed to be in some circles.

According to Dears, the current goal of the UN treaties is to cut global emissions by 50% by 2050 and for the U.S. to cut their emissions by 80% by 2050. But, Dears calculated that China and India’s CO2 output would dwarf any emissions cuts that the U.S. would make, which negates the primary goal of reducing worldwide carbon emissions and renders the UN goals moot. China and India, Dears said, “already emit more CO2 than does the United States, EU28 (European Union), Russia and Japan combined.”

He also pointed out how wind and solar power “are 8 percent of the installed capacity, but only provide about 5 percent of the nation’s energy,” or in other words, these alternative power sources do not pull their weight. Traditional energy sources, such as electricity and coal, produce bang-for-buck by comparison and do not rely on wind or sunlight to operate.

Climate change treaties focus on cutting gasoline use and electricity output, which Dears said would devastate sub-Saharan Africa. He cited McKinsey & Company, which found that sub-Saharan Africa has 13% of the world’s population, “but 48% of the share of global population without access to electricity.” He pointed out that the money spent on cutting these two resources, gasoline and electricity, is a waste of money and is targeting the world’s poor.

Dears also addressed inefficiencies in battery-powered electric vehicles and fuel cells, in addition to problems with trying to use CO2 to convert to ethanol and gasoline in the book.