Academia is supposed to be a place in which scholars pursue inquiries. Perhaps more academics should have inquiring minds. 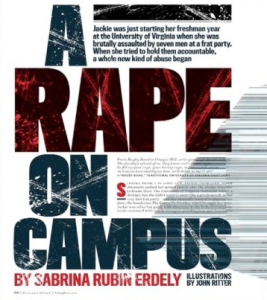 “One in five women and one in 71 men will be raped at some point in their lives, according to the National Sexual Violence Center,” Ingrid Sturgis, an associate professor at Howard University, writes in  a special supplement to The Chronicle of Higher Education in an article which appeared on March 18, 2016. Actually, that ratio was rebutted widely and vigorously two years ago.

Christina Hoff Sommers of the American Enterprise Institute summed up the case in a column which appeared in Time magazine.  “The one-in-five figure is based on the Campus Sexual Assault Study, commissioned by the National Institute of Justice and conducted from 2005 to 2007,” she wrote. “Two prominent criminologists, Northeastern University’s James Alan Fox and Mount Holyoke College’s Richard Moran, have noted its weaknesses:

‘The estimated 19% sexual assault rate among college women is based on a survey at two large four-year universities, which might not accurately reflect our nation’s colleges overall. In addition, the survey had a large non-response rate, with the clear possibility that those who had been victimized were more apt to have completed the questionnaire, resulting in an inflated prevalence figure.’

“Fox and Moran also point out that the study used an overly broad definition of sexual assault,” Sommers noted. “Respondents were counted as sexual assault victims if they had been subject to ‘attempted forced kissing’ or engaged in intimate encounters while intoxicated.”

“Defenders of the one-in-five figure will reply that the finding has been replicated by other studies. But these studies suffer from some or all of the same flaws. Campus sexual assault is a serious problem and will not be solved by statistical hijinks.”