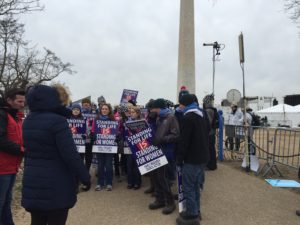 Conscientious conservative consumers face a serious problem—American businesses support the LGBT movement en masse and this economic epidemic has metastasized to so many brands and businesses that social conservatives would struggle if they attempted to avoid patronizing all of the companies promoting this radical cultural agenda. But will any of these organizations publicly support the March for Life, a significant pro-life event occurring this week in Washington DC? Don’t count on it.

Major corporations are conspicuously absent from the March for Life’s lists of current exhibitors and Rose Dinner Sponsors. Apparently many businesses believe social liberalism pays better dividends than social conservatism, so they fund the LGBT movement but not the march against modern genocide.

This problem permeates so many economic sectors that boycotting all of the businesses supporting the LGBT movement would prove incredibly difficult.

Consider technology giants like Apple, Google, Microsoft, Dell, IBM, and Intel, which are all listed as corporate partners of The Human Rights Campaign, which describes itself as “the largest national lesbian, gay, bisexual, transgender and queer civil rights organization…” Google, Apple and Microsoft develop software and/or hardware for many smartphones and computers on the market, which would make it a daunting task for consumers to actually implement a boycott.

In addition to the Human Rights Campaign, consider what a boycott would entail if it included some of the sponsors listed for the International LGBT Leaders Conference 2016, 2017 Nashville Pride, Seattle PrideFest 2016, Miami Beach Gay Pride 2017, Capital Pride 2016 and Out & Equal Workplace Advocates.

And those are just some sponsors selected from among the events/groups mentioned above—this is not an exhaustive list of all of the businesses that have backed LGBT-related organizations and events.

But will even one of those mainstream businesses sponsor the March for Life to defend millions of unborn infants from being slaughtered? Probably not, because opposing abortion isn’t politically correct.