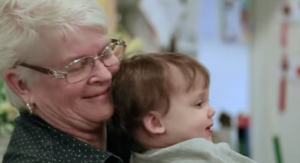 Your grievances could be worth millions, to the ACLU.

The legendary “public interest” lawyers are suing a florist from the state of Washington for refusing to do floral designs for an “alternative” wedding. “The attorneys’ fees in the case alone come to one to two million dollars,” the florist, Barronelle Stutzman, said in the other Washington—D.C.—last week at a conference sponsored by the Alliance for Defending Freedom (ADF), which is representing her.

Of course, the case could bankrupt Mrs. Stutzman and her husband.  By the way, ADF works pro bono, or free.

“Barronelle Stutzman, the sole owner of Arlene’s Flowers in Richland, Washington, has for her entire career served and employed people who identify as LGBT,” according to the ADF. “Despite this, the American Civil Liberties Union and the Washington attorney general allege that she is guilty of unlawful discrimination because she acted consistent with her faith and declined to create custom floral arrangements for one same-sex ceremony of a long-time customer and friend.” He was a “customer and friend for ten years,” according to Mrs. Stutzman, who still considers him to be.

“Barronelle lost at the Washington state trial court level and asked for a direct appeal to the Washington Supreme Court,” according to the ADF update. “Her case will be argued before the Court on November 15, 2016.”

You can watch the ADF event from CSPAN at the following link HERE.