Home Perspectives A Mouse in Front of the Lion 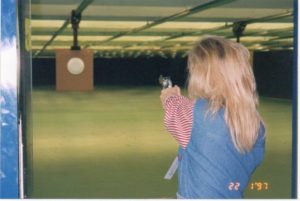 Janalee Tobias was a mother of two who trusted in the women who spoke for her in government. “The mayor, attorney general and state representatives at the time were all women and all calling for gun control.” Believing that these women had her best interest at heart, she believed in their ideas that less guns would lead to less crimes. However, after doing research, Tobias discovered that not only the opposite was true but that the women were fighting to violate her rights. 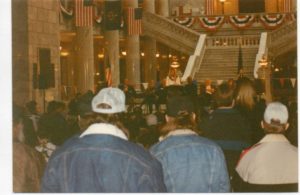 “I’ve always hated liars and people who don’t speak the truth.” So armed with a pen and a computer, Tobias sent out a newsletter stating that the mayor had “failed her Constitution class.” As a result, she found herself standing in front of the mayor at city hall in Salt Lake City, supported by gun shop owners and media sources from around the state. She described the moment saying, “Wow. Look what a mouse can do. I’m just a stay at home mom.” 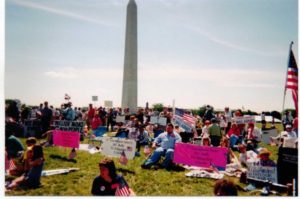 Following this, her movement picked up steam and she founded Women Against Gun Control. While other moms were spending time at the mall, Tobias was fighting for the Second Amendment. “I’m just so passionate about rights cause you can’t buy rights at the mall!” she joked. She called on the wives, mothers, sisters and daughters of Utah to stand up for their right to protect their families, and they joined together to protest gun control. She fought back against those who would suggest just calling the police saying, “I don’t want to just be a house wife who can only defend herself with a broom!” 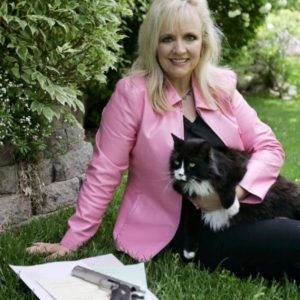 When she started her campaign against gun control, there were only about 1,800 gun permit holders in the state. After winning the case for the state of Utah allowing concealed carry on campuses and fighting for loosened restrictions on gun control, there are more than 130,000 permit holders in the state. She credits these successes to the fact that “people that are enlightened understand that guns bring peace and they keep our nation safe.”

When asked about the biggest threats to gun owners in America, Tobias had a simple answer “Gun hating female politicians who want to make us victims. They are a threat to our personal safety and they are hypocrites.” Like many others, Tobias is angered by the “feel good liberals” who fight against guns and then are escorted back to their gated communities by armed guards. She says that the problem with gun control is “it’s all in the attitude. Don’t make us victims! It should be ‘watch out criminals; American women are armed!’” 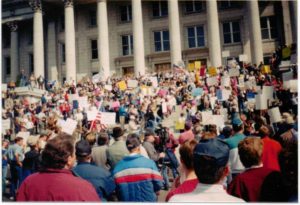