“I happen to believe that certain types of assault weapons, which are manufactured and designed for military purposes to kill people, should not be used in civilian society.” Bernie Sanders

“The only people who use them (assault weapons) are mass murders.” Chuck Schumer

“Who needs these military-style assault weapons? These weapons are not for hunting deer – they’re for hunting people.” Dianne Feinstein 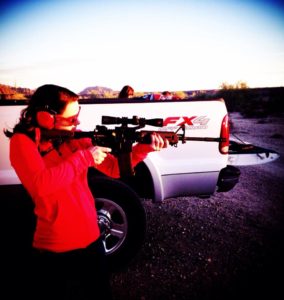 All of these statements are built upon the fear of “assault weapons” that has come about since the California ban of semi-automatic weapons in 1989 and the Federal Assault Weapons Ban that was introduced into congress in 1993. The Assault Weapons Ban defined assault weapons as semi-automatic firearms that shared too many cosmetic features with fully automatic weapons. These features included collapsible stocks, flash hiders and pistol grips. Also banned were magazines that had a capacity higher than 10 rounds. Despite the fact that the Act had no impact on gun crime and thus, was not renewed, the idea of these “assault weapons” still haunts the minds of many Americans.

The problem with this is that “assault weapons” do not exist. “Prior to 1989, the term did not exist in the lexicon of firearms. It is a political term, developed by anti-gun publicists to expand the category of ‘assault rifles’, Bruce Kobayashi and Joseph Olson said in the Stanford Law and Policy Review.

The fact of the matter is that what most Americans picture when they hear the term are actual semi-automatic firearms, which are the most commonly used guns in the US. The National Rifle Association Institute for Legislative Action defines both in their online glossary. An assault rifle is “by US Army definition, a selective-fire rifle chambered for a cartridge of intermediate power. A semi-automatic firearm is ‘designed to fire a single cartridge, eject the empty case and reload the chamber each time the trigger is pulled.’” Under these definitions, revolvers, bolt-actions, lever actions, pump actions, double barrels and all other types of firearms except fully automatic machine guns are semi-automatic weapons. To label a weapon incorrectly due to its cosmetic features displays ignorance of the weapon.

Under the cosmetic viewpoint, an assault weapon is a military-style weapon because of things such as handle, collapsible stock, pistol grips, and heat shield when in actuality, the carrying handle makes it easier to carry, the stock adjustable to different size people, pistol grips give better control and a heat shield protects the shooters hands. Cosmetic changes do not affect the lethality of a weapon.