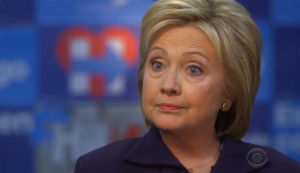 It’s a fact of life that in this era of access to many different sources of information, some people go to the Google search engine and rely on the first item that pops up. That’s how I got banned (temporarily) from the campus of the State University of New York at New Paltz. A feminist professor used Google to search my name and passed around derogatory information from the first source on the search engine page—the Southern Poverty Law Center. She then passed around the information, creating a stink that caused the campus administration to cancel the debate I was scheduled to participate in.

A new book, Islamic Jihad, Cultural Marxism and the Transformation of the West, examines the role of Google as a new media “gatekeeper” that determines how people see the reality of the world. The author, William Mayer of PipeLineNews.org, examines how Google produces search engine results on the subject of Islamic terrorism that play down criminal activities of leading Jihadists. Mayer says the results can be confusing unless the search terms are assembled with scrupulous precision, “a difficult task when one isn’t exactly sure in advance the extent of the associations being pursued.”

In his excellent book, Mayer documents in detail the “leftist/Obama/Media merger” that played a significant role in Obama’s 2012 victory and figures prominently in Hillary Clinton’s plan for victory on Tuesday.

Mayer comments, “…if we think of the Internet as the largest depository of information ever to be created, it assumes in many sense the role of the book of common wisdom. When the universal storehouse of information obfuscates and hides knowledge it becomes censorious, preventing or at least stifling access to non-ideologically approved ideas and information.”

When Barack Obama campaigns against Trump by citing the KKK, you can rest assured this has been determined by analysts in the Hillary campaign to be at least somewhat effective in scaring blacks. Getting blacks to vote against Trump is a part of what they hope will be their winning strategy. Similarly, when Hillary Clinton campaigns with a profane rapper named Jay Z, the calculation has been made by some brain in the campaign structure that using such a spectacle will inspire other blacks to turn out for the former secretary of state on Election Day. Hillary hopes that the rapper’s popularity will somehow rub off on her.

These two campaign events are more evidence of how truly “scientific” the progressive movement has become. People are perceived by the Clinton campaign as subjects to be manipulated.

Even with the use of these scientific techniques, victory is not assured for the “progressive” forces. That is why reports of vote fraud are mounting as Obama sounds the alarm about the KKK. For Trump to win, the “silent majority” will have to be a real majority with millions of votes to spare, surpassing the artificially created “progressive” bloc bolstered by fraudulent votes and created by an emerging technocratic dictatorship of access to information. The “media monopoly” that the left used to rail against is now controlled by them.

Cliff Kincaid is the Director of the AIM Center for Investigative Journalism, and can be contacted at cliff.kincaid@aim.org This column is excerpted from an article he wrote for Accuracy in Media.