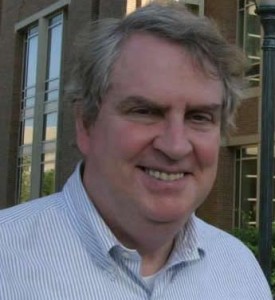 On May 4, a judge ruled in favor of Marquette University, taking the extraordinary step of granting summary judgment against professor John McAdams, who currently faces permanent suspension without any due process for having the wrong opinions about his earlier suspension.

I have been an expert witness in the McAdams case, and I’ve previously written in defense of his academic freedom. Some people disagreed with my view that McAdams was fully entitled to publicly criticize a graduate student instructor by name.

I strongly disagree with the arguments of the Faculty Hearing Committee (FHC) Report at Marquette, and with the AAUP practice of always deferring to faculty committee judgments. But that dispute is now moot. McAdams’ two-semester suspension endorsed by the FHC (and approved by the administration) ended five months ago. McAdams is now facing an ongoing, permanent suspension for a completely different offense for which he never received any charges, any hearing, or any FHC ruling for any kind of punishment.

As of the start of the Spring 2017 semester, McAdams, me, the FHC Report, and I hope the AAUP are all on the same side, and should be opposed to the administration’s judgment that McAdams will be permanently banned from the faculty for having the wrong opinions about his suspension.

In January 2017, Marquette announced that while McAdams is no longer being punished for his criticism of a student instructor, he would remain on indefinite suspension unless he admitted he was wrong, agreed with the punishment he received, and apologized.

It is absolutely astonishing for a college to ban a professor permanently for the crime of disagreeing with the administration’s punishment of him, particularly when there has been absolutely no due process involved in this new thoughtcrime punishment of McAdams. McAdams has never had a hearing for the crime of “not apologizing.” No faculty committee has ever endorsed punishing him for disagreeing. And there is no rule requiring faculty who are punished to agree with the punishment, so McAdams is not in violation of any Marquette policies.

So how can this judge possibly dismiss a lawsuit over the ongoing suspension? Because the FHC Report criticized McAdams for not expressing regret, the judge claimed this “confirms that President Lovell’s condition of reinstatement was consistent with the recommendation of the FHC.” No, it actually confirms the exact opposite, because it means that FHC took into account McAdams’ lack of regret in determining his punishment, which they explicitly declared should be a two-semester suspension and nothing more.

According to the judge, “It would not have been prudent” to reinstate McAdams. This is the essence of “pre-crime”: McAdams is now being suspended because of the possibility that he might criticize another student instructor, and for failing to agree to a forced apology.

The judge concluded, “The Court will defer to President Lovell’s decision because the ultimate authority to make the final disciplinary decision rests with the university president.” While pretending to defer to a faculty committee, in the end, the judge’s ruling is that administrators have total authority to do whatever they want. And that’s an alarming assault on academic freedom.

Both Marquette and the court admitted that McAdams’ views qualified as “extramural statements.” Yet the judge called extramural utterances “the most limited category of academic freedoms,” which is an astonishing claim because they are in fact the most broadly protected under AAUP principles.

According to the judge: “Under the AAUP’s definition of academic freedom for extramural utterances, which Marquette incorporated into its Faculty Handbook, the protection is expressly balanced by other professional duties….Faculty members must take into account the obligations imposed by their position to the subject, students, profession, and institution, be clear that they are not speaking for the institution, and promote conditions of free inquiry and public understanding of academic freedom.”

Of course, as a summary of the AAUP’s position on extramural utterances, this is completely wrong. None of these assertions are true.

The judge argued, “academic freedom does not mean that a faculty member can harass, threaten, intimidate, ridicule, or impose his or her views on students.” Of course, McAdams did none of those, except maybe for the “ridicule” part. If professors can be banned for the crime of “ridicule” (which is not an offense under Marquette’s rules), it’s an extraordinary threat to academic freedom. The judge claimed that McAdams should not be allowed to name a graduate student instructor because “Dr. McAdams is not employed by Marquette as a journalist.”

The judge asserted that President Lovell was “implementing the recommendation of the FHC” by imposing a penalty that the FHC had opposed and never recommended.

The court’s decision is baffling. It is a bizarre and frankly idiotic ruling. It is a broad assault on academic freedom by a judge who clearly does not understand or care about the concept.