Editor’s Note: This piece was originally published at the American Spectator. 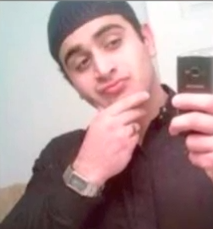 image via screenshot from CNN video

I was attending a graduation party Sunday afternoon when a former student asked for my thoughts on the shooting in Orlando. We both expressed our obvious horror at the immediate inhumanity: the dead, the maimed, the agony of the families, the callousness, the monstrousness. My student expressed relief that the shooter had no association with a fringe right-wing group or lunatic-heretical Christian sect. Yes, I agreed, but I warned him to prepare for the sickening prospect of leftists reacting to the tragedy not by blaming radical Islam but by attacking “religious hatred” generally, and finding a way to lump in and indict Christians.

As I said this, a third person listening to our conversation snapped at me: “Oh, come on! No one could possibly argue that!” He insisted that “only someone incredibly stupid and uninformed” would seek to blame the shooting on anything but a jihadist. “They have been executing homosexuals in Muslim countries for centuries!” he noted. “Everyone knows that!”

I calmly explained that for the left, such facts are irrelevant. It is emotion and agenda that drives the left; it is the political, the ideological, the psychological. Leftists do not want Muslims as their preferred enemy; they want conservative Christians as their preferred enemy — that is, devout Christians committed to the moral teachings of their historic faith.

To quote the late James Burnham, an ex-communist who gave one of the shrewdest observations of the left ever given: “For the left, the preferred enemy is always to the right.”

I went home and checked various websites to get news on the tragedy. At the Daily Caller there was this headline, “ACLU Lawyers Blame Christians For Orlando Attack.” Among those quoted was Chase Strangio, staff attorney with the ACLU’s LGBT and AIDS Project. Here is the full text of Strangio’s tweet on the Orlando shooting: “The Christian Right has introduced 200 anti-LGBT bills in the last six months and people blaming Islam for this. No.”

No? So, blame the “Christian Right” instead? How fair is that?

Same-sex marriage in America is not even a year old. Meanwhile, Islam has explicitly advocated executing homosexuals for, oh, about 1,400 years. And the shooting in Orlando by a radical Islamist openly pledged to ISIS’s campaign of death can be laid at the feet of Christians in America who don’t want their daughters sharing bathrooms with grown men?

How can that be? Answer: Because for the left, the preferred enemy is always to the right.

At this point, as I write, left-wing haters are advancing this line of attack. Go to the cultural cesspool that is Facebook and fish around. But I’d like to share one particular example, this one from the communist press, where the mortal enemy has been on the right for a long time, and where James Burnham intimately encountered the ideological-psychological insanity of the left.

The lead piece at People’s World is titled, “Orlando: a hate crime against the gay community.” The piece never mentions “Islam” once. The author, who is homosexual, mentions “Muslim,” but only in defense of Muslims against the preferred enemy: Donald Trump and Republicans. I here quote the article at length because it so thoroughly speaks for itself:

I don’t believe politics can be avoided in this situation — not when politics is so wound up in what laid the groundwork for this slaughter.

The reactions of Trump and all the Republican leaders were nothing short of an additional national disgrace. They condemned the massacre without ever mentioning either gays or the mass killings going on in America. This was true for House Speaker Paul Ryan and Senate Majority leader Mitch McConnell — not to mention a host of other Republicans who reacted.

After all, in state after state, the GOP is supporting bills that would roll back the hard-fought gains of the LGBTQIA community. In the wake of the victory for same sex marriage rights the GOP is supporting anti-gay initiatives across the South and wherever else they can push them — legitimizing the idea that gays are second class citizens.

Trump, their presumed presidential nominee, did more than simply ignore the attack on gay people. He started bragging right after the Orlando shooting about how right he was in proposing a ban on Muslims coming into America. One problem with that, of course, was that the killer was born in New York.

The key point is that we must not allow the right wing to use the deaths of our gay brothers and sisters in Orlando to push racist attacks against President Obama and fear mongering against immigrants in general or Muslims in particular. Muslims are Americans and right wingers are using attacks on them the same way racists use fear mongering against blacks and other minorities. The aim of the right wing is to draw attention away from the fact that racism, homophobia, and xenophobia are the enemies here — and they are what is behind the real terrorism that Americans face.

When the powers-that-be get people to accept the idea that one group of people doesn’t matter as much as another group, we have the key ingredients for a terrorist cocktail. These ingredients are American ingredients….

Enslavement of black Americans for 250 years, the genocide against Native Americans, Jim Crow, lynching, assassinations, Timothy McVeigh and the white supremacists, destruction of unions, the death of 30,000 Americans each year to gun violence on our streets — these are only some of the acts of terror and violence in this country that have not been imported from anyplace else…. And they are defended by politicians who would use what happened in Orlando to further an agenda that generates the real terrorism and violence in America.

Any politician who uses what happened in Orlando to further the right wing political agenda and who fails to speak out about the real violence and terror plaguing America does not deserve to be re-elected or to be elected come November. Orlando should serve as the point at which all of us say it loudly and clearly: Enough is enough.

There you go: The “real terrorism” is coming from the “right.” The real enemy out of Orlando — the preferred enemy — is on the right.

The nature-redefining left is reacting to the Orlando shooting not as a wake-up call where it finally grasps radical Islam’s hatred of gays, but, instead, as a hammer to assault traditional Christians who do not support same-sex marriage or the barrage of bathroom bills by Barack and his allies for fundamental transformation. They are employing Orlando as a political-cultural tool. And think of the horrid timing of it: We are two weeks away from the first anniversary of the Obergefell decision that legalized same-sex marriage. Those of us planning to write pieces criticizing that decision and its implications will be vilified by the left for further fostering the “environment of hate” that led to Orlando.

Radical Islam will not be their bad guy; orthodox Christianity will be. Leftists don’t want a fight with radical Islam. They will cover their eyes. They want to fight conservative Christians. Christians are easier; they turn the other cheek. They don’t threaten to walk into your magazine’s editorial offices and mow it down with machine guns. They don’t target you with fatwas.

I will wrap up with this, a blunt sentiment that I offer as a Roman Catholic Christian: If you want to know the true culprit in Orlando, the Devil is in the details. This was an act of sheer evil inspired by the chief sower of discord and destruction, by the Master of Lies. This was satanic. And like evil always does, it will generate still more victims in its wake. The vicious ripple effects of this one have just begun.