Home Perspectives Progressive Ideas have been in Colleges, Government for a Hundred Years 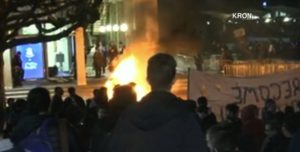 Here’s why it’s so hard to introduce anything but progressive ideas in academia or government. They got control of both more than 100 years ago.

“Richard Ely [who taught at a number of colleges and universities including Northwestern] and Charles Merriam of the University of Chicago were the principal organizers of the AEA. They organized against laissez faire. Ely’s students went on to work for FDR at the Agricultural Adjustment Administration and the Social Security Administration.”

The Philadelphia Society is a group of conservative intellectuals formed in the wake of the Goldwater defeat in 1964. Its annual meeting, and its regional ones, though are usually held in locales other than the City of Brotherly Love.

“However much the politicians had to obfuscate their progressive policies, the academics on whom they relied were quite frank,” Miller told the audience at the Philadelphia Society conference.

The animus that guides progressives makes them very busy people. “What this produces is the belief that the state has to direct the people to their highest life—material, character, schooling in the narrow sense, economics,” Miller notes. “These are things the progressives feel they have to concern themselves with.”