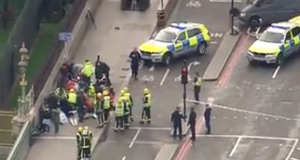 The National Union of Students president, Malia Bouattia, issued a letter and warned of possible Islamophobia and prejudice against migrants, Islamophobia and xenophobia against students and non-students in the United Kingdom after the terrorist attack on British parliament last week.

However, she did not mention the heroic efforts of slain constable, who was stabbed to death by the perpetrator, a radicalized home-grown terrorist.

Here is what her letter said:

My thoughts and prayers are with all the victims of the horrific attack in Westminster, as well as their loved ones.

Among those injured are four students from Edge Hill University, and a group of students from France. As the President of NUS I would like to send them our movement’s love and solidarity.

I also want to extend our solidarity to the many Muslims and migrants who at this time will be especially fearful of racism and abuse. We must stand firm against all attempts to stoke up Islamophobia or intolerance against migrants of any nationality, especially at a time of increased hate crime against many communities across society.

Similarly, we must also continue to oppose attempts to utilise such events to undermine civil liberties, extend surveillance policies such as Prevent, or to tighten border controls.

Last night thousands came together in London for a vigil. Let us take the time to remember the victims and all the victims of war and terror around the world. Let us appreciate one another and remind ourselves that the strength of our movement comes from its diversity and unity. Let us recommit ourselves to building a movement that stands firm against racism and xenophobia, is vigilant against attempts to divide us, and fights to build a more just and safer world.