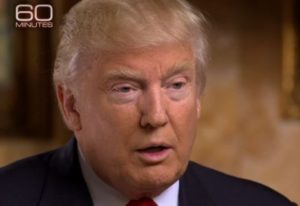 Before the election, we reported on the education establishment’s befuddlement over the nascent political career of our president-elect. Since the election, we have seen college students acting out in response to the results, mostly in cities that Hillary Clinton carried. Yet if professors and students are still going through various stages of grief, the media which covers them, other than us, is still missing its deadlines.

For example, in the issue they put out before the election, The Chronicle of Higher Education featured historians, sociologists and psychologists trying to unravel the Trump phenomenon. They’re probably still working on it.

“I stayed late at the office on Monday writing Clinton posts,” Alyson Klein of Education Week said at the American Enterprise Institute (AEI) on the Thursday after the election. Me … I stayed and home and watched old episodes of Inspector Morse, and still came closer to predicting the result than she did.

Nevertheless, it should be known that even the conservative moderates on the panel, or the moderately conservative, such as AEI fellow Rick Hess, were surprised by the result, as were most denizens of the Washington, D. C. metropolitan area.

Klein claims that the Elementary and Secondary Education Act (ESEA) “already rolled a lot back to the states” and expects that “this will only accelerate” during the Trump years.